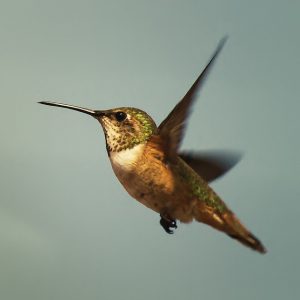 Note: This story is loosely based on this prompt, which has been adjusted for this story. You can also read it here.

The day her wife overdosed on HappinessTM was the day she stopped taking emotion capsules out of a plastic orange cylinder. Eloise dumped her sixth—and last—container down the drain. She clapped her hands to activate the garbage disposal. Eloise could practically hear Izzy over its destructive whirr: “Wheeze, don’t put your meds down there! It’s bad for the environment.” And then a passionate lecture would follow.

The perks of marrying an environmental activist. A grim smile settled on Eloise’s lips. She squinted, trying to see what Izzy had seen outside. Whenever Eloise looked out the window, all she saw was a dump. The soil was no longer as rich as it once had been. Crops barely made it through the dry summers. Water had to go through at least nine rounds of treatment before the government deemed it safe to drink. (Even then, Izzy had always said that was dubious at best.) The environment was beyond repair. People rarely went outdoors as it was. Why would they have to when they had virtual reality sets in their living room? Explore the outdoors without going outdoors!

Izzy fought for a lost cause. It only ended in more misery. More frustration. More sadness.

It was no wonder Izzy came home from work with reddened eyes and a running nose on a daily basis. Or scrapes and bruises. Or that one time she’d returned with a broken leg and a DUI on top of all of those things. (Although the DUI was arguable—she didn’t drive; she biked to work.) On those all-too-common evenings, Eloise offered Izzy a drink and listened to Izzy rant, vent, or cry. She occasionally asked Izzy why she worked a job that made her so unhappy.

“Because I love what I do.” Izzy would laugh it off until tears streamed down her face. “And I love coming home to someone who cares so much for me.” Then she’d sloppily kiss Eloise.

But things took a turn for the worse. After the DUI-biking incident, the doctors insisted on prescribing her HappinessTM.

The orthopedic specialist who had been mending Izzy’s leg that time (and who would later prescribe Izzy HappinessTM) pulled Eloise aside for an interrogation session. Unlike the ones she’d witnessed on the virtual reality monitor, this one didn’t take place in a decrepit basement or dungeon. It took place in the hospital’s disturbingly antiseptic hallway. No good cop. No bad cop. Just Eloise and the ortho.

“Tell me, has your wife shown any signs of anger? Irritability?”

He cut Eloise off. “Feeling helpless or hopeless?”

“I’d say so, but her job is frustrating.”

“I’m asking you a yes or no question.” He rested his hand on Eloise’s shoulder and held her gaze for an uncomfortable amount of time. “Your wife could very well have severe depression. It put her in danger tonight. If we don’t treat it, it could be life-threatening. Do you understand what I’m saying?”

Eloise’s hands clenched into tight fists. She understood all too well: Persuade Izzy to seek treatment or risk losing her. The choice was clear. “Yes, sir.”

“Good.” He patted Eloise’s shoulder as if she were an obedient dog. “Why don’t you go see her?” His tone held no room for debate. This was no question. It was a command.

A command which Eloise obeyed.

Izzy lay in bed, covered from head to toe in scrapes and bruises. Her leg had been set in a cast and was propped up with a pillow. “Hey, Wheeze,” she said with a bright grin.

“I’m not popping pills for a problem I don’t have.” Izzy crossed her bandaged arms.

Eloise’s throat tightened. “I know how you feel about medication.” All too well—Izzy refused to take anything that could alter her emotions. “Unnatural.” That’s what she’d called it. But what was so unnatural about something at least ninety-eight percent of the population did?

“Then why try to persuade me?”

Izzy’s fingertips brushed over Eloise’s scars. “You said those were from a car accident, Wheeze.”

Eloise looked at the floor. “I lied.” She couldn’t face Izzy. Not like this. Not when she was…

“Wheeze, look at me.” Izzy reached out to touch her wife’s damp face.

Eloise flinched and pulled back. “Don’t touch me!”

Now, as she stared out the window, Eloise realized she was unconsciously doing what Izzy had done that awful night: tracing her scars over and over again. She forced her hands down to her sides. If I hadn’t self-harmed… If I hadn’t ever taken those meds… If I hadn’t persuaded Izzy… Izzy would still be here. Eloise shook her head, as if that would rid her mind of these thoughts. She pushed herself up onto the countertop and curled up next to the window.

“Think happy thoughts,” she whispered. “Happy thoughts.” She wrapped her bare arms around her legs. Bare skin on bare skin. She hadn’t worn anything sleeveless in years—and yet, now that Izzy was gone…

“Happy thoughts, happy thoughts.” Eloise slammed her eyes shut. She thought of her wedding day. She thought of how beautiful Izzy looked: standing at five-foot-eleven and always upset she wasn’t an inch taller. But that day, she was six feet tall with the assistance of one-inch heels.

The first bottle of HappinessTM left Izzy drowsy. The doctor said she could not operate machinery or use any vehicles. Including bikes. She wasn’t to attend work, either.

The second bottle of HappinessTM left Izzy loopy. Everything was funny—if someone died on the news, Izzy burst out into childish giggles. Getting killed in a virtual reality game? Hysterical.

The third bottle of HappinessTM left Izzy apathetic. Everything in the world was simply grand—there was no need to do anything about it. She was perfectly content with sitting inside and doing nothing.

The fourth and fifth bottles of HappinessTM left Izzy dead. The police declared it an accidental overdose.

Now, there was no Izzy. No her Izzy. No fake Izzy. No Izzy. Ugly sobs and snorts wracked her scarred—no, mutilated—body. Eloise shoved her hand against her mouth, muting its disgusting wails.

For several hours, she sat near the windowsill, curled up like a startled pill bug. Her vision grew blurry—a side effect of exhaustion and extreme grief—but Eloise refused to tear her gaze away from the window. She had to see the world through Izzy’s eyes. Her Izzy’s bright green eyes. Always hungry. Always curious. Always alert.

Eloise pushed the windowsill open, and slipped out onto the porch. A gentle breeze ruffled her blonde hair. She closed her eyes and listened to the birds. Izzy loved birds.

She wondered what they were saying to one another. Was it a mating call? Or a warning? Or something else? For some reason, she felt the urge to know. Compelled to find the answer, she ran back inside and tore through all of Izzy’s books about birds. Izzy refused to go digital—she hoarded away as many books as she possibly could. Eloise found the heaviest, dustiest tome—surely, this would have her answer—and went back outside.

She flipped through its dog-eared pages, but stopped when she found a piece of paper with Izzy’s chicken scratch. It said: “Hummingbirds flap their little wings 10-15 times in a second! They’re determined little buggers—just like Wheeze. They just keep on going.”

Oh, Izzy. Tears welled up in Eloise’s eyes. This time, she didn’t fight them off. She let them flow freely.

Eloise held the sticky note close to her heavy, aching heart. She was a hummingbird. A determined little bugger. She would keep on going. If not for herself…